The production house bankrolling the project released the first-look poster of Gumnaami on Netaji’s birthday on 23 January. The film is based on journalist Anuj Dhar’s bestselling book India’s Biggest Cover Up.

Netaji reportedly died after suffering severe burns in a plane crash at Taihoku on 18 August 1945. Leading historians and government-appointed commissions have since debunked the claims of his death. Gumnami Baba, an ascetic, appeared at Faizabad several years after Netaji’s reported death. He was also known as Bhagwanji among his followers. The man looked strikingly similar to Netaji and had several traits that gave rise to a widespread belief that he was the iconic nationalist leader in hiding. His real identity, however, is still shrouded in mystery.

Former justice Manoj Kumar Mukherjee, the single-member inquiry commission constituted by the government in 1999 to probe the Netaji disappearance mystery, had clandestinely admitted that Gumnami Baba was actually the missing nationalist leader.

Metro Cinema All Set to Open in a New Avatar

According to sources, Chandra Kumar has objected on the lines that since Gumnami Baba’s identity was never conclusively ascertained, he cannot be portrayed as Netaji in the film. Chandra Kumar is the vice-president of West Bengal Bharatiya Janata Party (BJP). 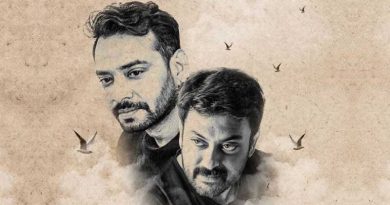